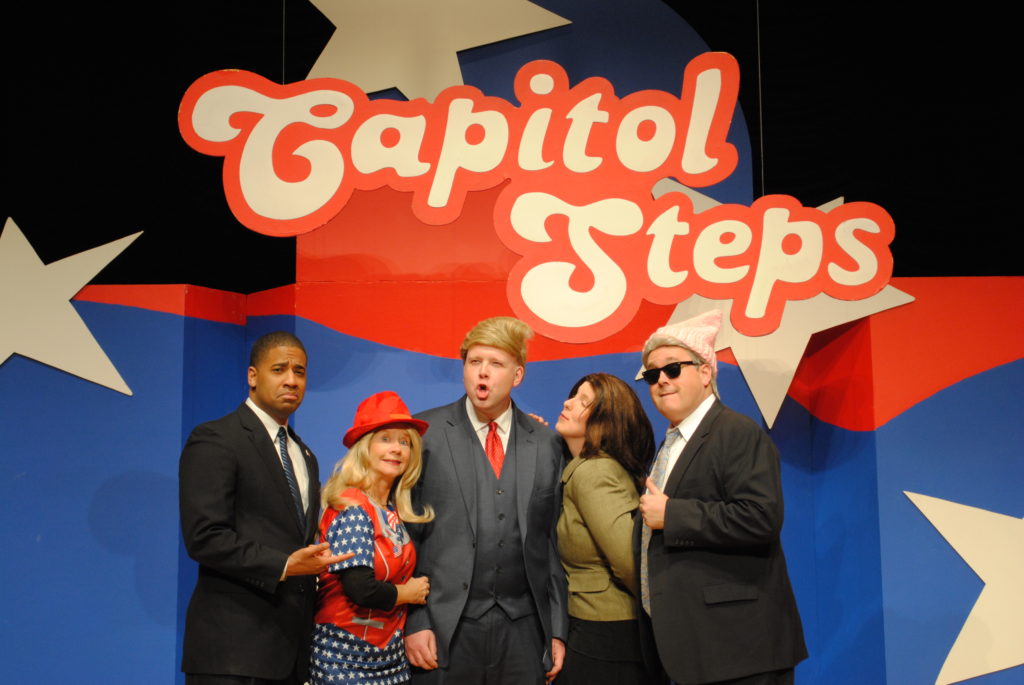 As another election cycle approaches, don’t head for the hills – head for Stewart Theatre. Capitol Steps will be there to put the “mock” in democracy!

Over 30 years ago, the Capitol Steps began as a group of Senate staffers who set out to satirize the very people and places that employed them. In the years that followed, many of the Steps ignored the conventional wisdom (“Don’t quit your day job!”), and although not all of the current members of the Steps are former Capitol Hill staffers, taken together the performers have worked in a total of eighteen Congressional offices and represent 62 years of collective House and Senate staff experience.

Since they began, these bipartisan equal-opportunity offenders have recorded over 35 albums, including their latest, Orange Is the New Barack. They’ve been featured on NBC, CBS, ABC, and PBS, and can be heard twice a year on National Public Radio stations nationwide during their Politics Takes a Holiday radio specials. Born in December, 1981 when Ronald Reagan was President, Capitol Steps’ founding members figured that if entertainers could become politicians, then politicians could become entertainers. An idea that resonates now as much (if not more) than it did then!

Whet your appetite for Capitol Steps’ witty repartee with a three-course prix fixe dinner at NC State’s chic 1887 Bistro. This dinner is conveniently offered between the 4pm and 8pm shows and is $32.95 per person, including two glasses of wine or beer. For reservations call 919.515.1100. Doors will open at 5:30pm. This dinner is currently sold out. 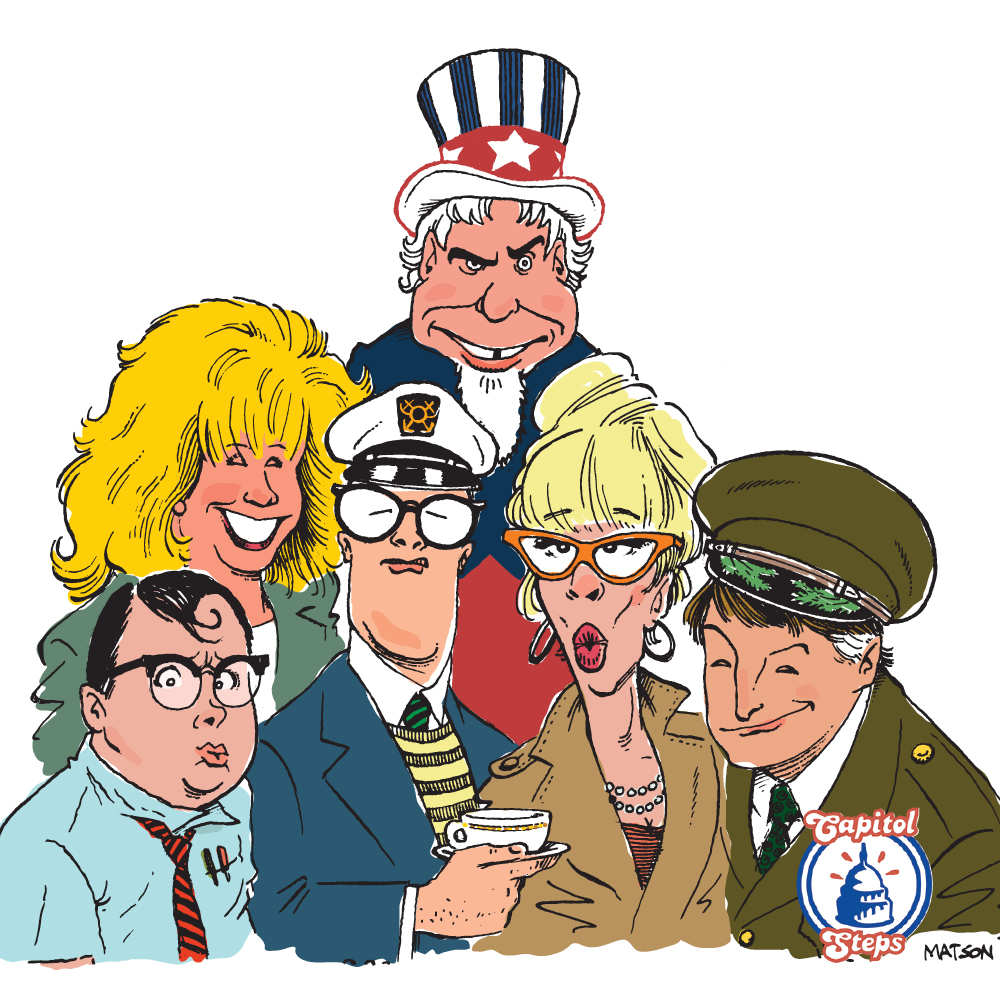