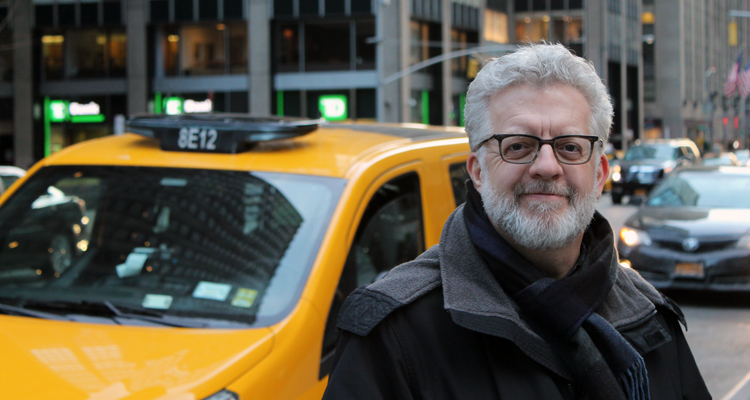 Where do you find these amazing artists?

It’s the question we hear most often. And we never get tired of it.

For an arts presenter, there are few things more satisfying than witnessing an audience member exit your theatre, giddy with excitement, after experiencing a fabulous live performance by an artist that he or she had never heard of before.

It’s also quite gratifying when one of those “unknown” artists moves on to far greater notoriety.

I think of the example of the young jazz bassist and singer Esperanza Spalding, who performed on our series at NC State in March 2010. The next February, I was doing a happy dance in front of my TV as she won the Grammy for Best New Artist, beating out some guy by the name of Justin Bieber.

There are many pieces to the process of curating a performing arts series. You read. You listen. You hear from agents (a lot). You get advice from your colleagues. In North Carolina, we are fortunate to have a strong consortium of generous presenters who embrace collaboration, and recognize the benefit of working together to connect artists and audiences for live performances.

And then there’s the all-too-brief, sexy yet exhausting part of the puzzle.

We’re here for the annual ritual that’s been taking place since before I was born. Each January, presenters from all over the country (and, in fact, the world) convene in New York for the booking conference of the Association of Performing Arts Presenters… APAP, for short. APAP has been in business since 1957. It’s a global marketplace, with over 3,500 presenters, artists, managers, and agents in town for a five-day whirlwind of meetings, pitches, and performances.

How many performances? Typically well over 1,000. Most last only 15-20 minutes, a fleeting opportunity for an artist to entice you to book them for your series.

It’s provides a challenging lesson in time management. (How can I be in six different showcase performances at one time?) And it’s tiring. But when the magic happens… when you discover the incredible artist who will bring the next round of “where did you” questions from delighted audience members… it’s all worth it.

This blog post, revised slightly for 2016, was originally published by ArtsNow in January 2015.

We love multi-hyphenates around here. And NC State alum George Hage certainly fits that description. Last spring he performed at NC State LIVE’s drive-in series with his band Jack the Radio, and this year we’ve

We invite you to watch this video from Sharon Moore, director of NC State LIVE, as she shares a message of thanks after this year like no other.