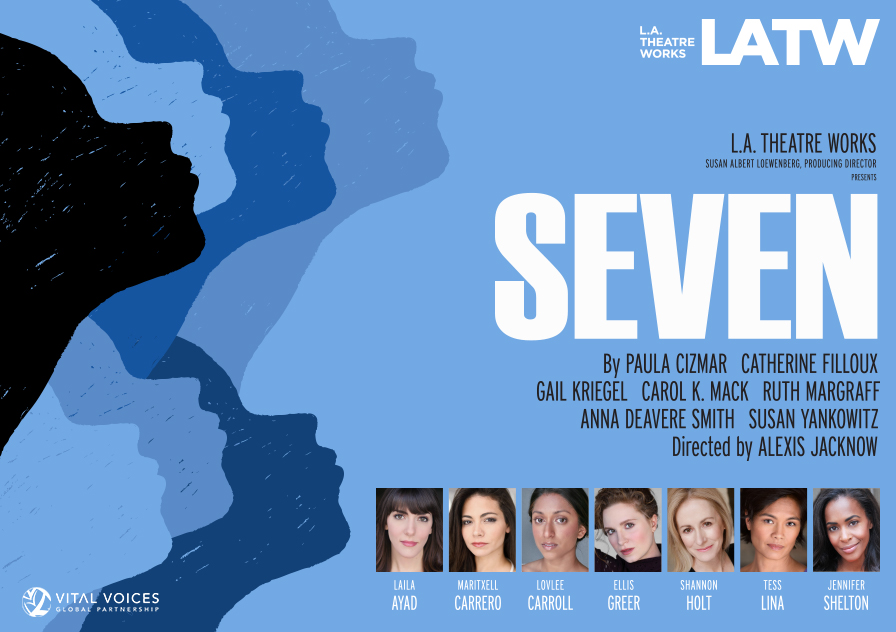 Stick around after the show for a conversation with the cast about this powerful work.

This powerful tapestry of documentary storytelling transports the audience to Pakistan, Nigeria, Ireland, Afghanistan, Guatemala, Russia and Cambodia, showcasing the strength and resiliency of women around the world. SEVEN reveals that even in the darkest times, one person, one voice, and a single act of courage can change the lives of thousands.

SEVEN was created with the support of the Vital Voices Global Partnership, the preeminent non-governmental organization (NGO) that trains and empowers extraordinary women around the world by unleashing their leadership potential to accelerate peace and prosperity in their communities. The women of SEVEN have trained and mentored more than 500,000 women and girls in their communities. They are the Vital Voices of our time. Vitalvoices.org

The Women of SEVEN

Marina Pisklakova-Parker – Russia
Against tremendous odds, in 1993, Marina Pisklakova-Parker founded the first hotline for victims of domestic violence in Russia. At the time, there was no name for domestic abuse in her country.  Despite reticent law enforcement and in the midst of threats from abusers, Marina persisted. Her efforts have since grown into Center ANNA, and a coalition of hundreds of crisis centers that provide counseling services to over 100,000 Russian women per year.

Mu Sochua – Cambodia
Mu Sochua is a Human Rights Advocate and the former Minister of Women’s Affairs in Cambodia (one of only two women in the government cabinet). She grew up outside of Cambodia, having been sent away for her protection by her parents who perished in the Killing Fields of Pol Pot.  She was co-nominated in 2005 for the Nobel Peace Prize for her work against sex trafficking of women in Cambodia and neighboring Thailand. After door-to-door visits to 482 villages Mu Sochua won a seat in Parliament in July 2008 and was re-elected in 2013.

Anabella De Leon – Guatemala
Anabella De Leon raised herself and her family from poverty in Guatemala by getting an education, which was exceptionally rare for a young woman coming from the poorest communities. In 1995, after earning a law degree, she became a member of Guatemala’s congress while devoting herself to the struggle for human rights.  She has received multiple death threats as a result of her fight against corruption and for the rights of the poor and indigenous peoples.

Inez McCormack – Northern Ireland (deceased 2013)
Inez McCormack was an internationally renowned and hugely influential human rights and Irish trade union activist. She was the first full-time female official of National Union of Public Employees (NUPE), the first female regional secretary of UNISON (Public Service Union) and the first female President of the Irish Congress of Trade Unions. She played a critical role in the 1998 Good Friday Peace Accords and continued to advocate for equal rights and fair labor practices for women and minorities. In 2006, she founded the Participation and Practice of Rights Project, helping the disadvantaged access resources and services in Ireland, both North and South. Inez continued to advise and support PPR until her death in 2013.

Farida Azizi –  Afghanistan
Farida Azizi became an activist fighting the marginalization of women under Taliban rule in her native country of Afghanistan.  She often traveled alone to rural districts to bring medical supplies and care to women who were abused and persecuted by the Taliban. Threats to her life forced her to seek asylum in the United States where she now lives with her two children. She continues to work on women’s rights issues and peace-building for Afghanistan.

Hafsat Abiola – Nigeria
Hafsat Abiola founded the Kudirat Initiative for Democracy and became an advocate for human rights and democracy in Nigeria following the murder of her activist parents.  The Initiative provides skill-training and leadership opportunities for young women across Nigeria. She served as the youngest member of the Ogun State cabinet in Nigeria and the Special Adviser on the Millennium Development Goals to the State governor.  She was educated in America at Harvard University.

Mukhtar Mai –  Pakistan
Mukhtar Mai, at age 30, was gang raped in a form of honor revenge. Her harrowing story grabbed headlines across the world. Although the custom would be for her to commit suicide following a rape, she instead brought her rapists to justice, built schools to improve the conditions for young women, and became an advocate for education in her country. The organization she founded is the champion of women’s rights and education in the Southern region of Punjab Province, Pakistan. This region is known for some of the world’s worst examples of women’s rights violations. Her story has been the subject of numerous documentaries, books, and an opera. 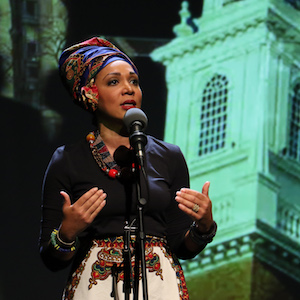