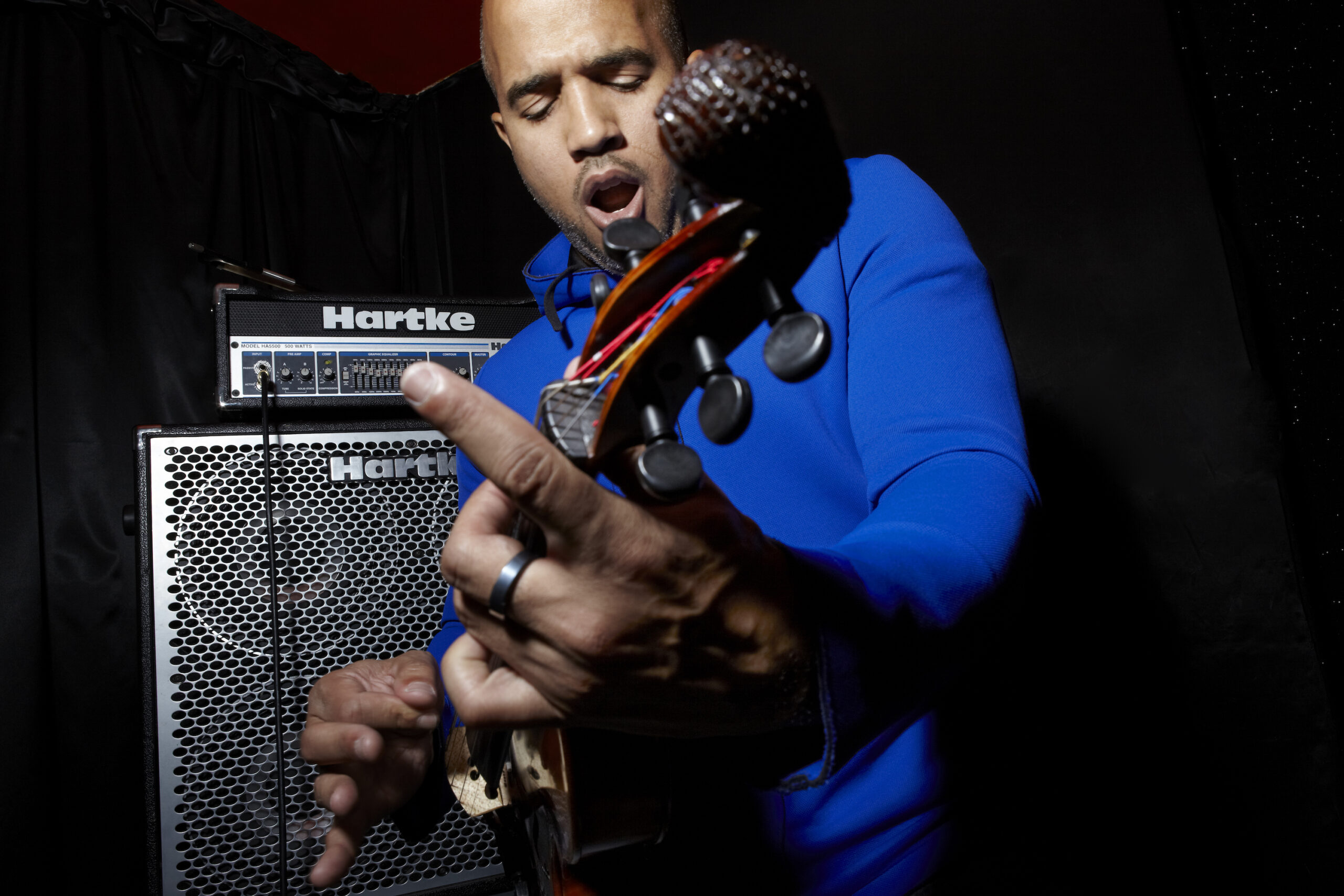 Subscribers will receive priority access to tickets for this world premiere event.

From August 17 through September 23 you can save up to 25% when you Create Your Own Series package. Plus there are NO ticketing fees on subscriptions from Aug 17-28!

Create Your Own Series subscription here.

Registration for free tickets will begin in January 2023.

as omnivorous as a contemporary artist gets

About the World Premiere

The finale to our mainstage 50th Anniversary Season is a triumph of past meets future. We’re pairing the prolific violinist and composer Daniel Bernard Roumain (DBR) with the Department of Music’s Raleigh Civic Symphony. DBR has been on our stage seven times – more than almost any other artist. He will be creating a new work for the Raleigh Civic Symphony, under the direction of conductor Peter Askim, that will feature community musicians, local youth, NC State Students, a solo by DBR and guest artists to be announced.

Our 50-year history is remarkable for the breadth of work artists have done both on campus and in the community. DBR is at the forefront of this educational work, as he has led countless inspirational events with our students and in the Triangle (from standing room only pop-up performances to packed performances in local elementary schools to composition workshops with NC State students). This world premiere symphonic work will be an artistic manifestation of his journey in North Carolina. The concert will lift up the voices of the future and invite the community in for a free magnanimous performance. DBR’s world-premiere will be performed alongside music in dialogue with the new work.

Acclaimed as a violinist, composer, educator, and social entrepreneur, DBR’s career spans more than two decades, earning commissions by venerable institutions worldwide. He has worked with artists from Philip Glass to Bill T. Jones to Lady Gaga; appeared on NPR, American Idol, and ESPN; and has collaborated with the Sydney Opera House and the City of Burlington, Vermont. Currently a professor at Arizona State University, DBR is educating the next generation of socially-conscious musicians and civic leaders.

Based at North Carolina State University and co-sponsored by the Department of Music and the nonprofit organization Raleigh Civic Symphony Association, the Raleigh Civic Symphony is a 75-member full symphony orchestra performing two concerts yearly comprised almost equally of volunteer community musicians and NC State students. The orchestra is unique in its ongoing commitment to perform contemporary and traditional classical music presented in a thematic context, connecting orchestral repertoire to larger ideas in creative ways. Under Peter Askim’s leadership, the orchestra has presented a world premiere performance on every program for the last seven seasons.