Much more than just a band, The Nile Project is a tight cross-cultural collaboration that brings together artists from 11 countries along the Nile basin to create a unified new sound and to ignite social justice. In 2017, the Nile Project launches their second U.S. tour. They will be in residence at NC State LIVE from March 15 to 21, 2017. The Nile Project and NC State LIVE have partnered with organizations across the community to offer the following list of public events. 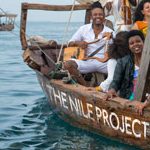 WRRI Annual Conference
8:45am – 10am
Opening Keynote: From the Nile to North Carolina – Crossing Boundaries for Creative and Effective Collaboration
Keynote Speaker: Mina Girgis, Producer and Co-founder of the Nile Project
Click here to register for the Water Resources Research Institute (WRRI) Conference.

Through the keynote speech (delivered by Nile Project Producer Mina Girgis) and related Nile Project conference sessions, participants will gain inspiration and insight into innovative approaches to collaboration around water issues, especially when there is a need to overcome challenges related to society, the environment, economics, security and politics. These sessions will help us consider our own approaches to water management in North Carolina. In addition to providing the Keynote address, musicians from the Nile Project will play during the conference lunch. 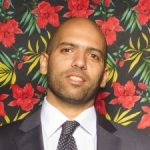 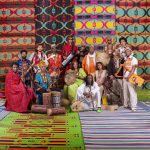 The first Nile Project U.S. tour in 2015 earned raves from coast to coast. The New York Times called them “a committed, euphoric international coalition,” and Afropop Worldwide said the Nile Project was “nothing short of revolutionary.” Founded in 2011 by Egyptian ethnomusicologist Mina Girgis and Ethiopian-American singer Meklit Hadero, the Nile Project is one of the tightest cross-cultural musical collaborations in history. This collective is made up of musicians from all along the great river that connects 11 countries and over 400 million people – a region marred by political and ecological conflicts. Using the concert experience as a springboard, the Nile Project inspires, educates, and empowers stakeholders to collectively work towards the sustainability of their shared ecosystem. And they play extraordinary music. 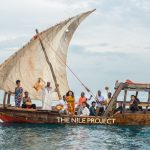 Join the Nile Project’s Mina Girgis and panelists to learn about the successes and challenges of managing the Nile River through the lens of storytelling and connecting with our local rivers.  The Nile has captivated the imagination of many cultures throughout history; from its inhabitants who have grown their cultures around its banks to the many explorers who searched for its source for centuries. Our local rivers have equally inspired their own imagination. During this panel, Nile Project Producer and Co-founder Mina Girgis will use stories about the longest river in the world to engage interlocutors with expertise in our local watershed in a conversation that explores the diverse ways our rivers create meaning in our cultures. Featured panelists include Chris Dreps, Ellerbe Creek Watershed Association, Greg Bell, Eno River Festival, and Matt Starr, Neuse River Keeper/Sound Rivers. 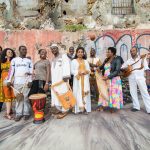 Dinners With Purpose Featuring Mina Girgis
5:30 – 7pm
Sponsored by the Social Entrepreneurship Initiative at the NC State Institute for Nonprofits
This event is FREE, however space is limited and RSVPs are required to attend.
Click here to RSVP.

Mina Girgis, Producer and Co-founder of the Nile Project, is an ethnomusicologist who cultivates new environments to learn, create and experience music. He specializes in curating and producing innovative musical collaborations across diverse styles. Enjoy dinner while Mina shares his story, providing an inspiring example of finding purpose and passion in your life. 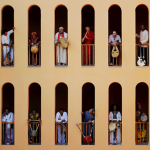 The Nile Project Student Leadership Summit
9am – 5pm
For NC State Students only.

The Nile Project will lead a one-day leadership retreat to bring together 30 students interested in addressing North Carolina’s environmental sustainability challenges. The goal of the Student Leadership Summit is to support the critical efforts of the NC State’s Division of Academic and Student Affairs, which seeks to empower students and encourage positive, productive student activism around social justice issues. Students will learn about environmental and social issues impacting the Nile River and explore similar issues and solutions in North Carolina, using the Walnut Creek Wetlands in Raleigh as a case study. Students will build a support network of students, staff, faculty and Nile Project leaders while learning skills needed to create change in their communities. 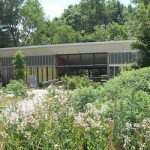 The mission of the Walnut Creek Wetland Center (WCWC) is to make people aware of the importance of wetlands for clean water, habitat, and recreation while emphasizing the importance of human interaction with nature.  WCWC is the cornerstone of Walnut Creek 2000, a community action program developed by Partners for Environmental Justice, focused on the conservation and restoration of the 60 acre Walnut Creek wetlands and floodplain in Southeast Raleigh, near downtown. Hosted by the WCWC, Creek Connections is a family-friendly afternoon event where community members can explore commonalities between Raleigh’s Walnut Creek Watershed and Africa’s Nile River Basin including: a panel discussion with leaders from the Nile Project, Partners for Environmental Justice, Raleigh Parks, Recreation and Cultural Resources, and the Neighborhood Ecology Corps; a hands-on art project for young people led by the Office of Raleigh Arts; and refreshments and live music from the Nile Project. 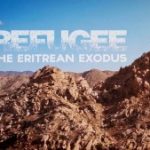 Follow Chris Cotter, an American traveler, as he explores a common migration path through Ethiopia and into Israel, tracking the plight of Eritrean refugees. Chris and his crew visit several refugee camps, including the never-before-documented Afar region. The refugees tell stories of oppression, torture, and survival. Searching for solutions, Chris speaks to various NGOs and experts, including Assistant Secretary of State, Anne Richard. The outlook is bleak, but the spirit of the Eritrean refugees is hard to ignore. After the film, Dan Connell, Visiting Scholar at Boston University’s African Studies Center and a retired senior lecturer in journalism and African politics at Simmons College will share his research and experience in Eritrea. Visiting Nile Project artists Ibrahim Fanous from Eritrea, Asia Madani from Sudan, and Ahmed Omar from Eritrea/Egypt will provide a live performance, and the local Eritrean Civic Group will provide a traditional coffee ceremony. 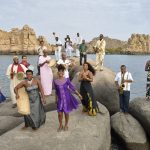 During this interactive lecture demonstration, Nile Project artists relate their collective creative process to the efforts of diplomats and water professionals in finding win win solutions to hydro political conflicts. In the first half, Nile Project Producer and Co-founder Mina Girgis sets the stage by explaining how different environmental, economic and political factors have contributed to the Nile water conflict. By understanding this transboundary challenge as a problem requiring an innovative solution, the audience is invited to explore the creative challenges inherent in water conflict transformation. In the second half, various members of the Nile Project illustrate how they combine their diverse musical idioms to unearth a new Nile sound without compromising the integrity of their various age old traditions. By the end of the presentation, the audience will understand how Nile Project performances serve as a blueprint for new ways in which Nile citizens can organize themselves in order to transform the Nile from a geopolitical argument to an opportunity for cooperation. 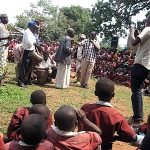 Visiting Ugandan scholars, James Isabirye and Nicholas Ssempijje, share stories and music from their homeland. James Isabirye, MA. is the Chair of the Music Education Department at Kyombogo University, Kampala. Through his preservation efforts in collaboration with UNESCO, a number of Ugandan musical traditions survive into the 21 Century. Nicholas Ssempijje, Ph.D. is a Fulbright Scholar in residence this year at NCSU.  He is an authority on sacred music in East Africa, particularly on the impact of the Vatican II reforms on the ritual music of the Roman Catholic Church in Uganda.  Nicholas serves as a Lecturer in the Department of Fine Arts at Makerere University, Kampala. Arrive early (6:00pm – 7:30pm) for a poster session presented by students from HON296 The Nile: History and Culture. 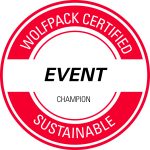 This free outdoor festival will celebrate the culmination of the Nile Project residency at NC State LIVE. The family-friendly event will feature a closing concert by the Nile Project, an interactive mural with the Crafts Center and guest artist Dare Coulter, Junk Jams with The Scrap Exchange, food from the Nile region, and more! For information about free parking, click here. 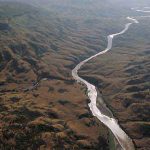 The Ethiopian Grand Renaissance Dam and the Road to Cooperation on the Nile River
6:30pm – 8:30pm
A discussion presented by NC State’s College of Natural Resources.
FREE
232A Withers Hall

This event will begin with an opening seminar by Dr. Dale Whittington, Professor of Environmental Sciences & Engineering and City & Regional Planning, UNC-Chapel Hill, and Manchester Business School, UK. Respondents will include Dr. Laura Taylor from NCSU’s department of Agriculture and Resource Economics and Dr. Mohamed Youssef from NCSU’s department of Biological and Agricultural Engineering. An audience discussion will follow. 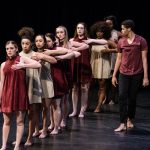 Inspired by meeting Mina Girgis, Director of Dance Tara Mullins choreographed a piece entitled Countless Tracks in the Riverside Mud for the NC State student dance company, Panoramic Dance Project. Members of the Panoramic Dance Project train in a diverse range of dance styles, including modern, jazz, hip-hop, African and Latin. While creating the piece, which explores the ideas of wasting and preserving water resources, the students were required to research and discuss the current issues surrounding the Nile River. Music for the piece is “St. Yared of Axum” from Aswan, the first Nile Project CD, recorded in 2013. 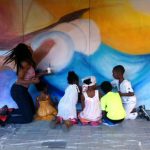 Colors of the Nile is an interactive mural project sponsored by the Crafts Center and NC State LIVE, as part of a series of programs in collaboration with The Nile Project residency on campus this spring. On Friday, April 21 from 5pm to 7pm the Crafts Center will host a reception to unveil the completed mural by renowned local artist and recent College of Design graduate Dare Coulter. The mural is the culmination of weeks of work between Ms. Coulter, NC State students, and community members. The result is an extraordinary 36′ x 7′ mural comprised of 9 wood panels inspired by the Nile. Colors of the Nile honors this river as a gift of life, giving water to all the countries of the Nile River basin and promotes a spirit of cooperation among nations in the sharing and sustainability of the water.

To celebrate the unveiling of this ambitious mural, indie-classical quartet ETHEL will interpret the work through live music. Described as “vital and brilliant” by The New Yorker, ETHEL seeks to break down barriers in the arts, engaging with diverse communities and working across genres. ETHEL’s Documerica, a multimedia concert inspired by EPA photographs of America, will be presented by NC State LIVE on Saturday, April 22 in Stewart Theatre. After the Colors of the Nile reveal on April 21 the mural will remain on exhibition through the summer in the Crafts Center. 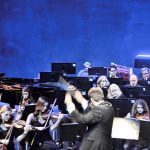 In conjunction with NC State Live’s presentation of The Nile Project, the Raleigh Civic Symphony presents music inspired by rivers and water. The program will include Bedrich Smetana’s beloved The Moldau and the World Premiere of a work composed for the orchestra by jazz bass legend and composer Rufus Reid.

The Nile Project is a statewide collaborative initiative of the Bardo Arts Center at Western Carolina University, the Batte Center at Wingate, NC State LIVE (in partnership with the NC State Music Department), the Schaefer Center for the Performing Arts at Appalachian State University, the S. Rudolph Alexander Performing Arts Series at East Carolina University, and UNCW Presents. While at NC State March 15-21, the university’s deep commitment to sustainable practices will provide fertile ground for a week of participatory workshops and presentations that explore cultural, political and environmental issues through a musical lens. 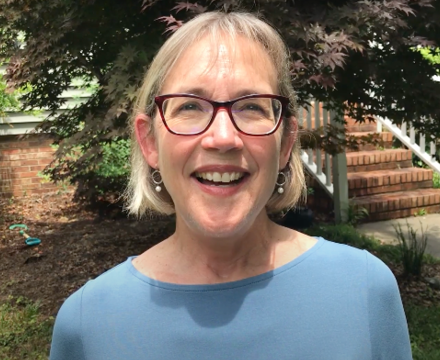