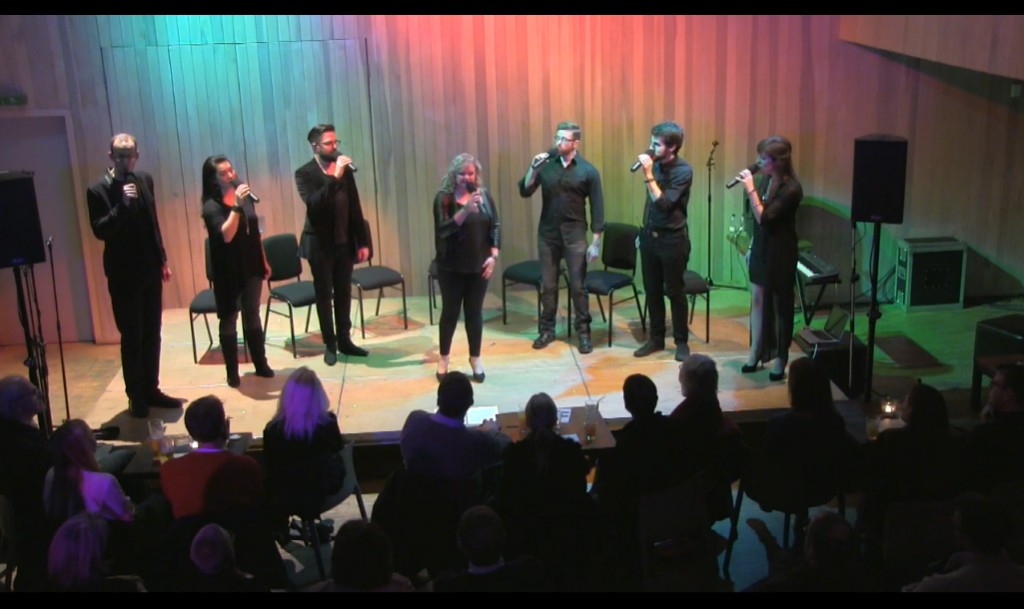 The Swingles, performing Thursday, December 10 on the NC State LIVE series, opened their holiday tour at The Forge in London on November 29. That concert was live streamed, and is available online for you to catch a preview of the amazing a cappella music they will be bringing to NC State.

After opening in London, the tour continues to Turin, Italy, then across the Atlantic for stops in Atlanta, Raleigh, Washington, New York and Connecticut, then back across the pond for their final holiday concert of the season in St. Petersburg, Russia.

At NC State, The Swingles will be performing music from their November 2015 release, Yule Songs II, along with some of their classic rep (and this very cool cover of “After the Storm” by Mumford and Sons). The concert will open with pieces performed in tandem with the students of the State Chorale.

For more than half a century, The Swingles have pushed the boundaries of vocal music. The seven young singers who make up today’s London-based group are driven by the same innovative spirit that has defined the five-time Grammy winners since they first made waves in the 1960s.

NC State LIVE is so excited to partner with NC State’s Dance Program to bring the award-winning Los-Angeles dance company CONTRA-TIEMPO to Raleigh from October 18-25, 2019. The company will be busy on and off

We have so many exhilarating artists lined up for the 2018-19 season. Check out this quick video for a sneak peek!