NC State LIVE is thrilled to have co-commissioned David Roussève/REALITY’s latest work, Halfway to Dawn, a jubilant dance-theater piece that celebrates all facets of the influential jazz composer Billy Strayhorn’s rich and complicated life. Weaving dance, video, and Strayhorn’s masterful music, the project celebrates Strayhorn while creating conversations around race, sexuality, and the danger of placing the quest for fame ahead of personal freedom.

After putting final touches on Halfway to Dawn at NC State LIVE in the fall, the company returns to Raleigh February 25 – March 2, 2019 for a week of community events and the North Carolina premiere. The week includes multiple opportunities for NC State students to engage with this world class company – through class visits, dance classes, guest lectures, and more. Equally important to NC State LIVE and David Roussève, is that the greater Triangle community can experience impactful programming related to Strayhorn, who spent much of his childhood in Hillsborough, NC.

Below is a schedule of residency events…we invite you to IMMERSE yourself in an artistic journey! 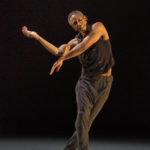 NC State’s Scholars Forum features presentations and discussions on issues of contemporary educational, social, and political significance. David Roussève’s Forum presentation will center on the evolution of his life as an artist and activist and how that relates to his latest choreographic work, Halfway to Dawn, and to the life of jazz composer and civil rights activist Billy Strayhorn. 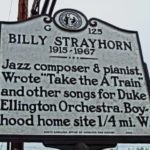 Kick off a day of Billy Strayhorn-themed events with Hillsborough’s Mayor. Learn a little about Strayhorn’s childhood home and enjoy some jazz on the sidewalk by Hillsborough’s own Yahyah Corbett! 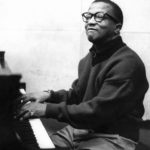 Take a lunch break with us! Billy Strayhorn spent much of his childhood in Hillsborough, was Duke Ellington’s main writing partner and is responsible for iconic jazz standards like “Take the A Train,” “Satin Doll,” “Lush Life” and more! Bring your lunch and enjoy a discussion with acclaimed choreographer David Roussève (who’s newest work Halfway to Dawn explores Billy Strayhorn’s complex life and music) and Duke professor Tommy DeFrantz as they delve into Billy Strayhorn’s history and his Hillsborough roots. Enjoy this discussion just blocks away from where Strayhorn learned to play the piano! Attendees will receive 50% off tickets to Halfway to Dawn. 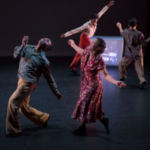 Proceeds benefit the Burwell School and the Alliance for Historic Hillsborough.

Come support organizations committed to preserving local history AND experience an artistic evening of food, music and Hillsborough culture! Hear from acclaimed choreographer and Guggenheim Fellow David Roussève about his process creating Halfway to Dawn, a dance-theatre take on Hillsborough’s own jazz great, Billy Strayhorn. Be treated to the sounds of local jazz impresario Yahyah Corbett. And explore the fascinating Burwell School Historic Site. Wine and hors d’oeuvres will be served. Attendees will receive 50% off tickets to Halfway to Dawn. 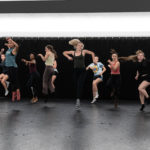 Come learn movement from David Roussève’s Halfway to Dawn! After a brief warm-up, the class will focus on the work’s unique fusion of modern, postmodern, jazz and social dance vocabularies and include the teaching of dynamic, full-bodied phrase material. Level: intermediate, experience required. Presented in partnership with NC State’s Dance Program.

Acclaimed local puppeteer Jeghetto (Tarish Pipkins) has created a one-of-a-kind performance based on the music of Billy Strayhorn, as a companion piece to David Roussève’s Halfway to Dawn. The work features a bespectacled Billy Strayhorn puppet and video projections designed for the intimate, high-tech space. The performance will be followed by a discussion with Jeghetto. This project was funded in part by NC State LIVE’s Mini-Grant Program and is co-presented by NC State LIVE, NC State Libraries and Arts Studies, part of Interdisciplinary Studies, Humanities and Social Sciences. 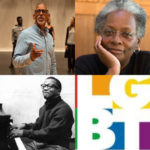 Please join the LGBT Center of Raleigh, NC State LIVE, and NC State’s GLBT Center for food and discussion at VAE Raleigh on the intersection of race, gender and sexuality and the importance of cross-generation communication. Guest speakers will include choreographer/activist David Roussève and educator/activist Mandy Carter. This discussion is part of the ambitious partnership NC State LIVE has with critically acclaimed dance company David Roussève/REALITY focusing on the life and work of Billy Strayhorn. Responsible for writing some of the most famous jazz standards, composer and civil rights activist Billy Strayhorn (gay, out, and living in Harlem in the 1940’s-60’s) died largely unknown for his work; having instead led a private life, whether by personal choice or because he was fearful that the public would not accept his sexual identity. Be a part of this intergeneration dialogue at VAE, a community arts space. Attendees will receive 50% off tickets to Halfway to Dawn.

Acclaimed local puppeteer Jeghetto (Tarish Pipkins) has created a one-of-a-kind performance based on the music of Billy Strayhorn, as a companion piece to David Roussève’s Halfway to Dawn. The work features a bespectacled Billy Strayhorn puppet and video projections designed for the intimate, high-tech space. The performance will be followed by a discussion with Jeghetto. This project was funded in part by NC State LIVE’s Mini-Grant Program and is co-presented by NC State LIVE, NC State Libraries and Arts Studies, part of Interdisciplinary Studies, Humanities and Social Sciences. 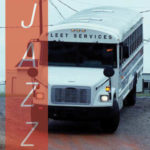 Life’s a journey! Pile into a bus from Billy Strayhorn’s childhood home of Hillsborough, NC to NC State LIVE’s performance of Halfway to Dawn. While on the bus, you’ll be treated to Howling Cow ice cream, get a drink ticket to use at the show, and enjoy live jazz! Bus will arrive at NC State in time for pre-show discussion with David Roussève. Limited availability. Act fast! Register here. 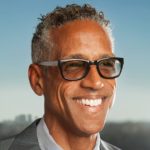 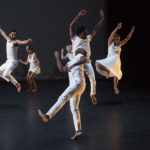 Co-commissioned by NC State LIVE, David Roussève/REALITY’s Halfway to Dawn is a jubilant dance-theater work that celebrates all facets of Strayhorn’s life through full-throttle dance, haunting video, and a ‘blow the roof off’ score pulled directly from the Strayhorn canon. Roussève’s homage highlights the political urgency of Strayhorn’s narrative and evokes the man so instrumental to the creation of one of America’s quintessential art forms.

In addition to the public events above, David Roussève/REALITY is engaging with students across the Triangle through the following events.

Led by professional dancers in the dance/theater company David Roussève/REALITY, these master classes will expose local middle and high school students to the eclectic movement vocabulary used in Roussève’s Halfway to Dawn. Students will learn phrase material from the piece that incorporates a fusion of modern, postmodern, jazz and social dance vocabularies.

Led by members of the dance/theater company REALITY, this workshop will explore the development process used in the creation of Roussève’s Halfway to Dawn, based on the music of Billy Strayhorn. The class will focus on the work’s unique fusion of modern, postmodern, jazz and social dance vocabularies and include the teaching of dynamic phrase material. Mirroring Roussève’s development process, workshop participants will then manipulate that material to make their own gesture movement inspired by the emotional underpinnings of the music.

Performance of Jeghetto’s An Evening with Billy Strayhorn at C.W. Stanford Middle School in Hillsborough

Acclaimed local puppeteer Jeghetto (Tarish Pipkins) has created a one-of-a-kind performance based on the music of Billy Strayhorn, as a companion piece to Halfway to Dawn. The work features a bespectacled Billy Strayhorn puppet and video projections. Following the performance, Jeghetto will lead a puppetry workshop with students. This project is made possible through the NC State LIVE Mini-Grant Fund for Faculty.

David Roussève, choreographer and current faculty member and former chair of UCLA’s Department of World Arts and Cultures/Dance, leads a discussion with the AYA Ambassadors of the African American Cultural Center about his process as a black researcher, educator, and artist using Halfway to Dawn as a case study.

This residency would not have been possible without the help of NC State LIVE’s Hillsborough partners: The Alliance for Historic Hillsborough, Burwell School Historic Site, Hillsborough Arts Council, Orange County Public Library, and Music Maker Relief Foundation. The presentation of David Roussève/REALITY was made possible by the New England Foundation for the Arts’ National Dance Project, with lead funding from the Doris Duke Charitable Foundation and The Andrew W. Mellon Foundation. This project was supported by the N.C. Arts Council, a division of the Department of Natural & Cultural Resources, and is funded in part by the City of Raleigh based on recommendations of the Raleigh Arts Commission.

In this time of uncertainty, the NC State LIVE team was eager to find a way to connect with our audiences. Without being able to come together in shared space, we thought a poster would