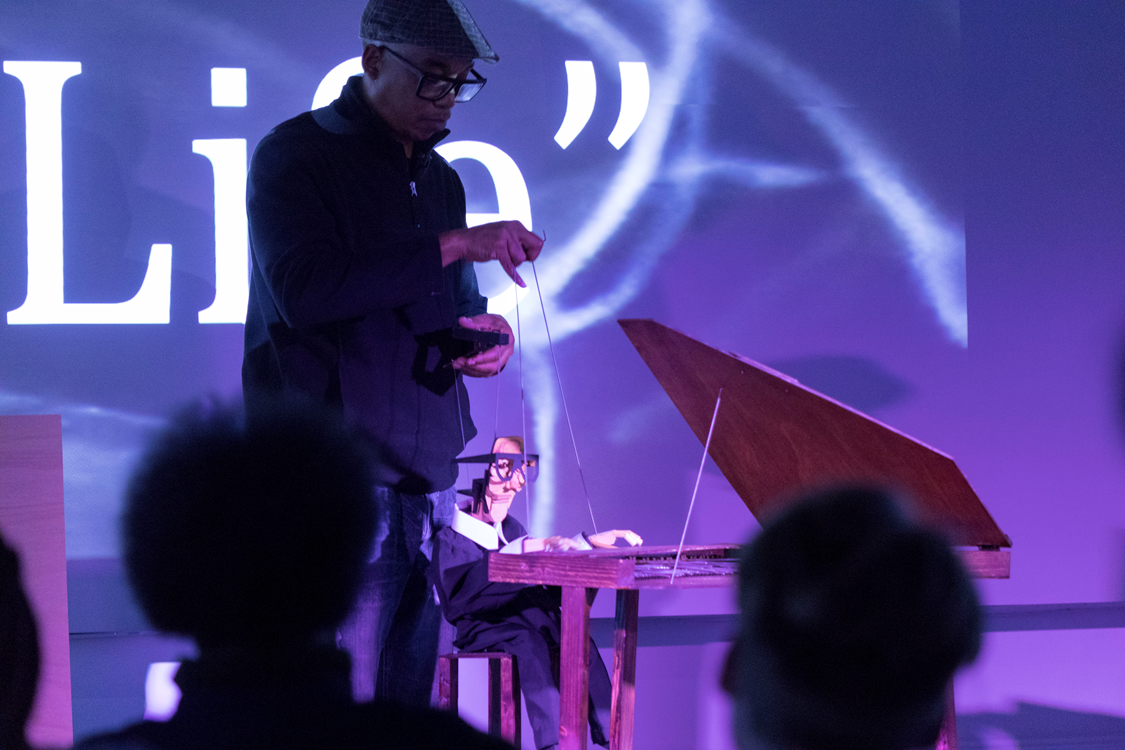 NC State LIVE visiting artists annually contribute to the cultural and academic life of NC State and are a powerful resource for faculty and staff seeking innovative ways to teach course content and enhance student learning. To encourage these cross-disciplinary collaborations with faculty and programming staff, NC State LIVE initiated a Mini-Grant Program with funding provided by DASA’s Student Success Fund. During the 2019-20 school year, the NC State LIVE Mini-Grant Program awarded a total of $5,000 to the following faculty and staff for interdisciplinary projects that fueled student learning:

NC poet laureate Jaki Shelton Green was invited into Natalie Bullock Brown’s Emerging Issues in Women’s and Gender Studies: Black Feminist Theory course to lead her “Human Museum” poetry workshop, a session that challenges students to think both artistically and critically about their own stories.

Ms. Green’s session took place a week prior to Jazzmeia Horn’s performance, which Brown describes as similarly inspiring and as challenging as Jaki’s workshop. With regards to the concert, Brown reports, “…[the students] were able to quickly make connections between what at least a century of black feminist thought has revealed about the lived experiences of black women, which we learned about throughout the course, and what it means for a young black woman [Jazzmeia Horn] to make such daring art, on the spot, in front of a live, mostly white audience.”

The Women’s Center Womxn in Action program was designed to engage students with multiple tools and practical ways of creating justice movements for themselves and others. After participating in a talks with Charlene Carruthers and attending Jazzmeia Horn’s concert, students who initially didn’t see themselves as movement workers and liberators began to think about their voice in new ways. One student responded, “I am ready to build community and speak on a larger platform about how we can all be catalysts in helping people who suffer from lack of resources, acknowledgement, and access.”

Another student reflected similarly, yet expanded from the personal to a communal and universal level of care said,  “I want to use my own voice to support the womxn I work alongside, and many other identities because when those friends and coworkers face inflexibility or intolerance, I want to be able to be someone that is right beside them. I want to be the change within the organization that I work to build up community.”

In the spring of 2019, during a residency with David Roussève, NC State LIVE took a deep dive into the life of legendary jazz composer Billy Strayhorn who spent much of his childhood in nearby Hillsborough, NC. To compliment this work, Victoria Ralston commissioned Tarish Pipkins to create an original puppetry performance about Billy Strayhorn that was presented in collaboration with NC State University Libraries at the James B. Hunt Jr. Library on February 27 and 28, 2019 and on February 26, 2019 at the CW Stanford Middle School, in Hillsborough, NC.

Students from Ralston’s Arts Studies class attended and analyzed performances by Pipkins and Roussève. Although rooted in different art forms, both works were explored African American, jazz, and LGBTQ history. Based on written response papers by her students, Ralston reported that, “Overwhelmingly, students observed the connection between the two works and found that the puppetry piece created an intimate understanding that was very accessible. In turn, students explained that they were better prepared to understand some of the more abstract elements of Rousseve’s piece, having been exposed to the music and history during the puppetry piece.”

NC State LIVE is thrilled to have supported these exemplary projects. We look forward to enhancing student learning and embracing interdisciplinary scholarship during the 2019-20 school year. We encourage faculty and staff from all disciplines to connect with us and to apply! Applications are now open for the 2019-20 NC State LIVE Mini-Grant. Visit go.ncsu.edu/NCStateLIVEminigrant for grant guidelines and application.

In this time of uncertainty, the NC State LIVE team was eager to find a way to connect with our audiences. Without being able to come together in shared space, we thought a poster would