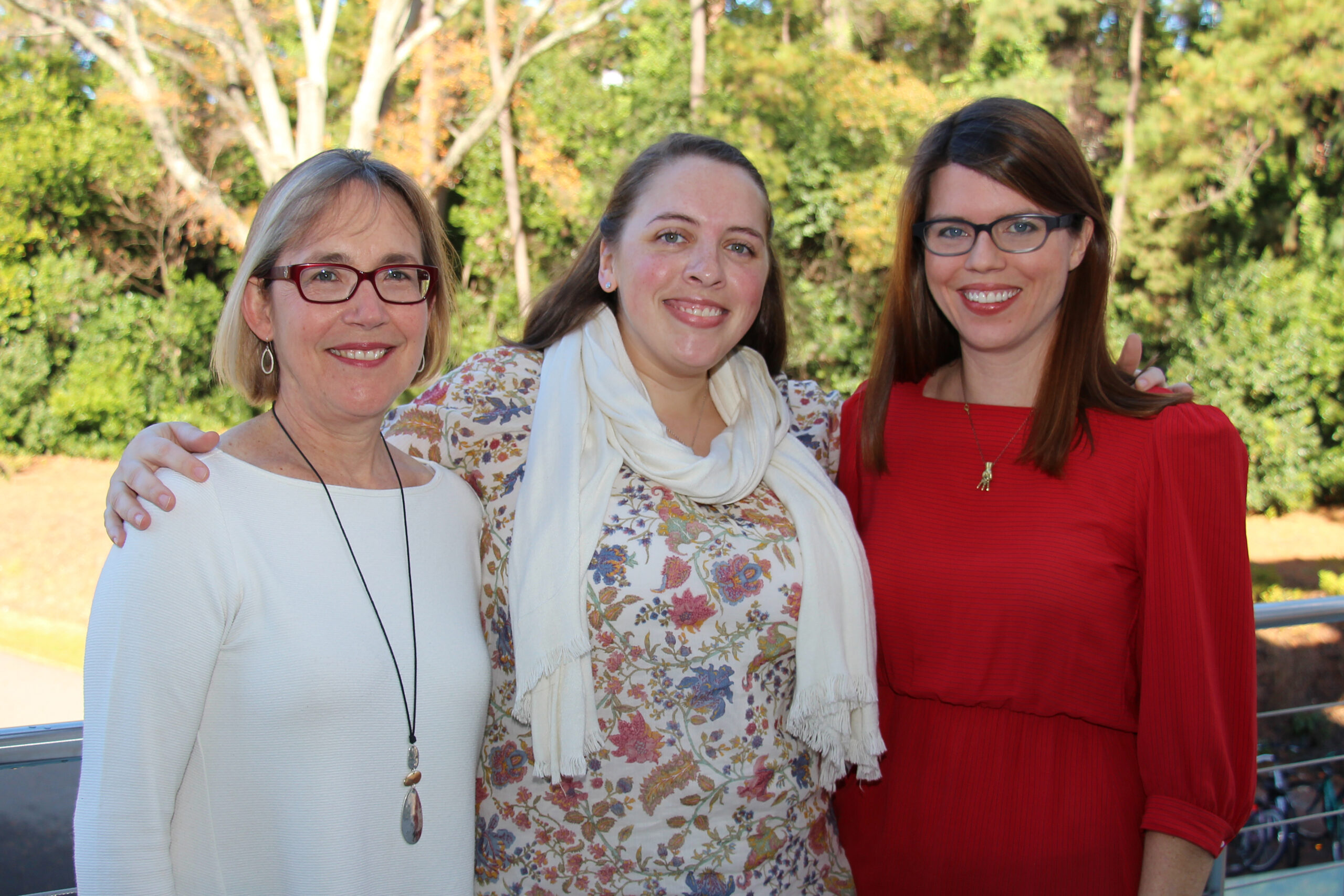 Sharon Moore is the Director of NC State LIVE (formerly the NCSU Center Stage Performing Arts Series) where she has had the joy of connecting artists and audiences for over 35 years. She worked with PlayMakers Repertory Company on the University of North Carolina campus in Chapel Hill before coming to Center Stage in 1986 where she and the staff offer a nationally recognized presenting program that emphasizes visionary artists, relevant content, and campus and community engagement. Sharon has served on grants panels for the North Carolina Arts Council and the Association of Performing Arts Presenters. She was a founding member of the North Carolina Presenters Consortium in 1991, serving on the Executive Board until 1998, as President 1998-2000, and rejoining in 2014 for another term. Since 2002 Sharon has served in various capacities with Arts North Carolina (North Carolina’s statewide advocacy organization for the arts) including board member, vice chair, and chair of the Arts Day Planning Committee. She has also participated on the boards of the Association of Performing Arts Presenters, Arts Access, the North Carolina Jazz Network, and the North Carolina Dance Alliance. During her service on the Arts Access board, she was instrumental in the planning that brought Audio Description to Raleigh. Sharon is the recipient of South Art’s 2015 Mary Beth Treen Award and the 2016 Raleigh Medal of Arts Award.

Liza is Associate Director of NC State LIVE, where her passion for interdisciplinary collaboration and background in community engagement collide. In 2016 she moved from Brooklyn to a small farm in Hillsborough. Liza has worked as an artist and non-profit arts manager with positions including Grants and Services Manager at Lower Manhattan Cultural Council and Artist Services and Development Manager at The Field. She co-founded The Institute for Psychogeographic Adventure, a collective that creates site-specific performance works in collaboration with communities. Liza holds a B.A. in Interdisciplinary Studies from Long Island University’s Friends World Program and an M.F.A. in Performance and Interactive Media Arts from Brooklyn College. Together with the NC State LIVE team, Liza has been nominated for the NC State University Equity for Women Award and the Chancellor’s Creating Community Award. Liza was an Association of Performing Arts Professionals’ Leadership Fellow from 2017-2019 and a member of the National Dance Presenters Forum at Jacob’s Pillow in 2019. Liza serves on NC State’s American Indian Advisory Committee and the Raleigh Arts’ Learning Community for Universal Access. When she’s not at NC State LIVE, you can find Liza at Woodcrest Farm & Forge where she studies chaos with her husband, two children, and too many animals to count.

Stephanie Clark is the Program Coordinator for the NC State LIVE performing arts series where she manages school matinees, oversees the volunteer usher program, serves as the artist services manager, and coordinates campus and community engagement for artist residencies. With over 5 years at NC State LIVE, Stephanie continues to emphasize the importance of the arts at a STEM institution. She received her bachelor’s degree in Music Industry Studies from Appalachian State University and has been working in the non-profit field for over 10 years. Prior to NC State, she worked for the Steans Music Institute at Ravinia Music Festival. Stephanie has also participated in the Association of Performing Arts Professional’s Emerging Leadership Institute.